Penn Charter expanded the campus footprint with the purchase of a 2.5-acre property on School House Lane, opposite the main campus and adjacent to the Strawbridge Campus. Head of School Darryl J. Ford said PC is planning for creative use of the new space for outdoor education and athletics. 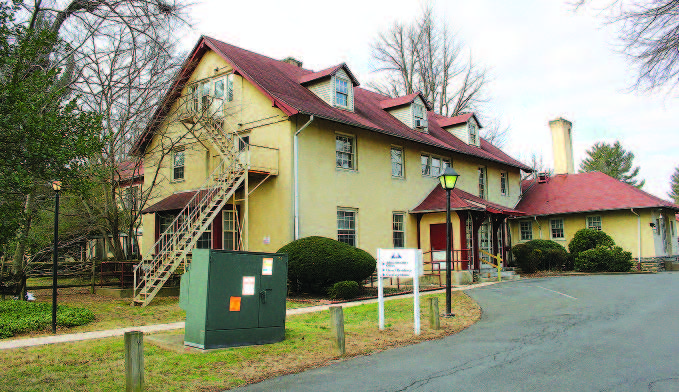 “The acquisition of this land holds great promise for the future of the Penn Charter campus,” Ford said, noting that the campus is now close to 47 acres. Penn Charter expanded the campus most recently in 1984 when we acquired the former Strawbridge estate. In 1982, the school began a transition to coeducation, and Overseers recognized that we needed additional athletic facilities to accommodate both girls and boys  sports. The Strawbridge purchase expanded the campus to 44 acres and, over time, made it possible for PC to build new tennis courts, athletic fields and the Kline & Specter Squash Center.

Penn Charter purchased the new property from Jewish Employment Vocational Services (JEVS), which had operated a facility for adults with disabilities. Ford said the school entered into conversation with JEVS almost two years ago, after the organization decided to change its model and relocate residents to community living. PC negotiated an agreement of sale at that time, and Penn Charter Overseers funded the purchase of the property.

Following the agreement of sale, JEVS notified employees, residents, and families of the residents of its plan. The thoughtful relocation of the dozen or so residents to greatly improved housing was a priority for JEVS and for PC. That relocation was accomplished to the satisfaction of the residents and their families over a period of two years, and JEVS was able to allocate some of the proceeds of the sale to purchase furniture for the residents for their new homes.

Back to Stories
RSS Feeds
Be Who You Are
Planned Giving: A Win-Win-Win Gift Annuity
Academics + Athletics
Stepping into the Parent Circle
Breaking Ground: Graham Athletics and Wellness Center