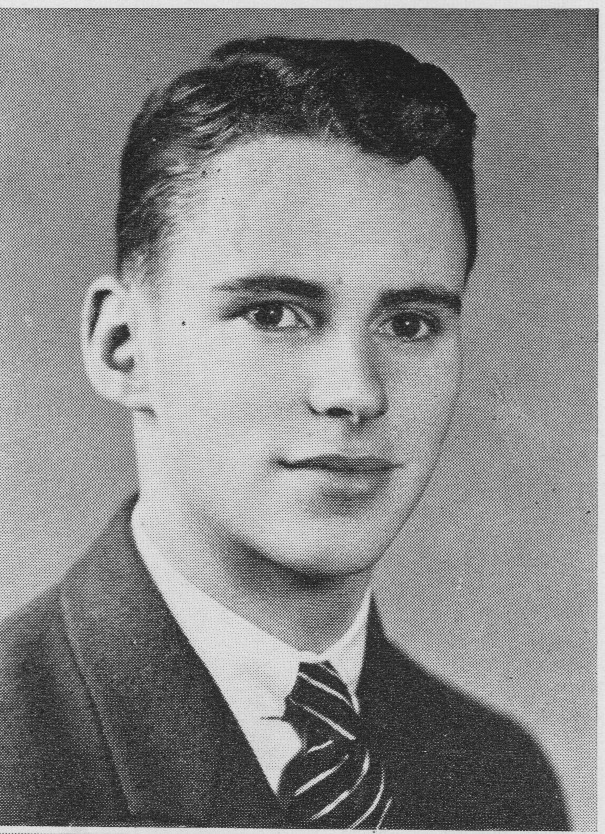 Richard P. Brown Jr. OPC ’38 accelerated his $1.5 million bequest to Penn Charter to help build the Kurtz Center for the Performing Arts, saying that he wanted to see the money put to use during his lifetime. And he did.

A true friend might give you the shirt off his back. How then to describe Richard P. Brown Jr. OPC ’38, who literally gave Penn Charter the roof over his family’s head?

In 1976, Brown, a longtime overseer who died on May 29, gave PC his boyhood home at 3830 The Oak Road as a residence for the head of school. The following year, Earl J. Ball became the first head to live there, along with his wife, Pam, and their two young sons. With that generous gift, the Brown House became PC’s White House.

If it was Brown’s most visible gesture of support for his alma mater, it was hardly the only one. As an overseer for 48 years, he was integrally involved in the decision to transition to coeducation, as well as many planning and fundraising committees, including the capital campaign that raised funds to build the current Lower School. In 2007, during another capital campaign, Brown accelerated a planned bequest of $1.5 million to help build the David L. Kurtz Center for the Performing Arts, saying that he wanted to see the money put to use during his lifetime.

Chief Development Officer John Rogers Hon. 1689 recognizes that giving gifts during one’s lifetime is sound wealth management. Still, Rogers enjoys telling the story of a somewhat smaller gift. Midway through construction of the Kurtz Center, it looked as though it would be necessary to trim costs, and that meant eliminating the stage pit lift. Lewis S. Somers 3rd OPC ’44 agreed to put up half the cost of the lift and suggested that Brown might provide the rest. When Rogers called, Brown, a University of Pennsylvania trustee, was processing at Franklin Field in Penn’s commencement exercises. Dressed in academic regalia, he took the call and pledged the money.

Ball recalled meeting Brown for the first time on the day Ball was formally introduced to the Overseers. “From then on he was a constant,” Ball said. “Any time we faced some really important issue, Dick Brown was one of the people the board turned to.”

Perhaps the most important of those issues was coeducation. Brown clerked the committee that considered the issue, and he approached it with his trademark thoroughness, seeking input from a wide range of alumni, including academic experts, and insisting that every member of the faculty be interviewed. Though Brown was careful not to put his thumb on the scale, once the decision was made to go coed, Ball said, “he was all for it.”

Shortly after graduating from Princeton, also with honors, Brown joined the Navy, earning six Campaign stars during World War II. He served first as a junior gunnery officer on the USS Alabama, and later with the amphibious landing forces in the South Pacific. There he witnessed some of the heaviest fighting of the war, including the U.S. invasions of the Marianas Islands and Okinawa. At Iwo Jima, he watched from shipboard as the American flag was raised over Mt. Suribachi.

Back home, he earned a law degree at Penn and joined the firm of Morgan, Lewis & Bockius, where he remained for the rest of his career. Although widely respected as a products litigation attorney, Brown’s most lasting contribution was as a planner who helped chart the course that has made the firm one of the largest in the country.

“If you went to central casting for what they thought a senior partner at an old-line law firm looked like, you’d get Dick Brown,” mused Marc J. Sonnenfeld, a longtime Morgan Lewis partner. “He spoke perfectly. Whatever came out of his mouth was razor sharp.” Jami Wintz McKeon, now the firm’s chair, said that most people referred to him as “Mr. Brown,” not because he was cold and forbidding, but as a gesture of respect.

His reputation preceded him, outside of court as well as in. Ball recalls meeting with an angry parent who threatened to sue the school. Of course that’s your right, Ball countered, but I will have to refer the matter to our legal counsel.

“Don’t threaten me with Dick Brown!” the parent cried, and Ball never heard about the matter again.

Brown may have looked like a staid patrician, but he did not act like one. Friends recall how he liked to drive his sporty Jaguar—and drive it fast—on frequent jaunts to New York. He retained a chef and butler all his life and kept a second home in Barbados. Whenever the latest gadget came out, he was among the first to buy it, and helped show much younger friends how to use it.

World affairs were another passion. Brown chaired the International Law section of the American Bar Association and traveled widely. In 1974, he headed the first American delegation to visit China after President Richard Nixon’s breakthrough meeting with Mao Zedong. He also was actively involved in the Council on Foreign Relations, the International Peace Institute, the Foreign Policy Research Institute, the Eisenhower Fellows, the International House Center, the World Affairs Council of Philadelphia, and the American Foundation for the University of the West Indies.

Closer to home, dozens of local organizations received his time and support. He served on the boards of Fidelity Bank, WHYY, the Friends of the Wissahickon, and Penn’s archeology museum, law school and medical school.

Always, though, there was Penn Charter.

“He was just a wonderful man,” said Head of School Darryl J. Ford. “His support of the school was unwavering.” Both Ball and Ford praise Brown’s quiet counsel.

Whenever he would visit his old house on The Oak Road, Brown would share stories about some of its unique features, including a signal he had wired on the third floor steps to warn him if his mother tried to venture up to see if he was asleep, and a Polynesian-themed bar in the basement. Not surprisingly, given that his grandfather had founded the Brown Instrument Company, one of the nation’s leading manufacturers of thermostats, the house was chock-full of them.

One particular story about the boy grown to a man sticks out in Ford’s memory. “We hope to educate students to live lives that make a difference,” Ford prefaced. A few years ago, he learned that a member of the cafeteria staff was receiving rides to and from her treatments at Fox Chase Cancer Center from someone with a PC connection. Who could that be, he asked?

Her driver was octogenarian Dick Brown, living a life that made a difference.

Back to Stories
RSS Feeds
Taking it to Another Level
All in the Family: Gallaghers Honor Parents
Small Numbers, Big Grit
A Fond Memory
A Great Day Announcement from Head of School Darryl J. Ford