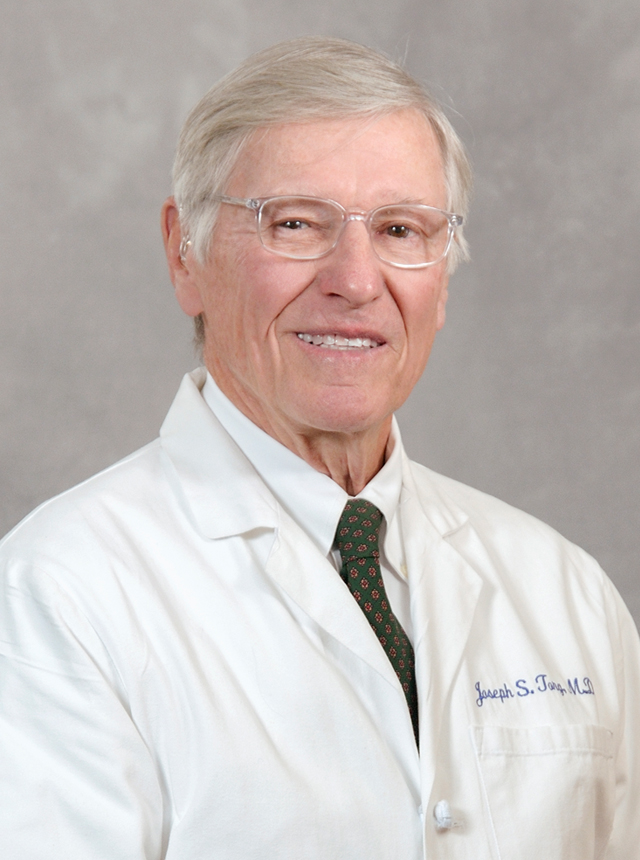 Joseph S. Torg, MD, OPC ’53 is semi-retired from a stellar career as an orthopedic surgeon, a career that brought him satisfaction as well as distinction for outstanding contributions to the field of sports medicine.

“I went to Central High School and I was not too much into academics,” Torg recalls. “When it came time to graduate in 1952, I didn’t graduate.”

Torg was into football, however, and his Central High coach contacted PC basketball coach and social studies teacher Duke Taylor to propose that Torg repeat his senior year of high school at Penn Charter. Headmaster John F. Gummere, however, hesitated to give a second chance to a boy who flunked out of Central, but Torg enjoys relating how an Overseer named Archibald MacIntosh took up his case:

“MacIntosh’s response to John Gummere’s reticence was, ‘John, all right. Just give the boy a chance, John.’ And he did,” Torg relates. He was admitted, and he received financial aid.

Torg played football for Penn Charter in the fall of 1952 but, more significantly, he caught fire academically. He remembers the names of each teacher and coach who helped him turn around.

“I did extremely well academically,” Torg recalls. “Penn Charter, in just that one year, was the most important experience with regard to my career and life, and I am extremely grateful.”

Torg went on to graduate from Haverford College and Temple University School of Medicine, “and it was clear sailing after that,” he says.

This year Torg and his wife, Barbara, established the Joe Torg OPC ’53 Scholarship Fund and endowed it with a planned gift, a combination of annuity and bequest.

“It’s payback time,” Torg says. “I am paying back that transformative experience I had at Penn Charter many years ago.”

He intends that his gift will provide a chance to “students who are needy, bright and well-motivated, so they can follow in my so-called footsteps.”

After almost seven decades, Joe Torg’s memories of his PC teachers are as crisp as his white doctor’s coat.

Watch his video story at campaign.penncharter.com/we-see.

Back to Stories
RSS Feeds
Taking it to Another Level
All in the Family: Gallaghers Honor Parents
Small Numbers, Big Grit
A Fond Memory
A Great Day Announcement from Head of School Darryl J. Ford