Lacrosse has been an integral part of Colleen Magarity’s life wherever she has ventured. Now a professional lacrosse player—as well as Penn Charter’s associate director of athletics and head girls lacrosse coach—Magarity spends much of her free time giving back to the sport that has rewarded her with so much. 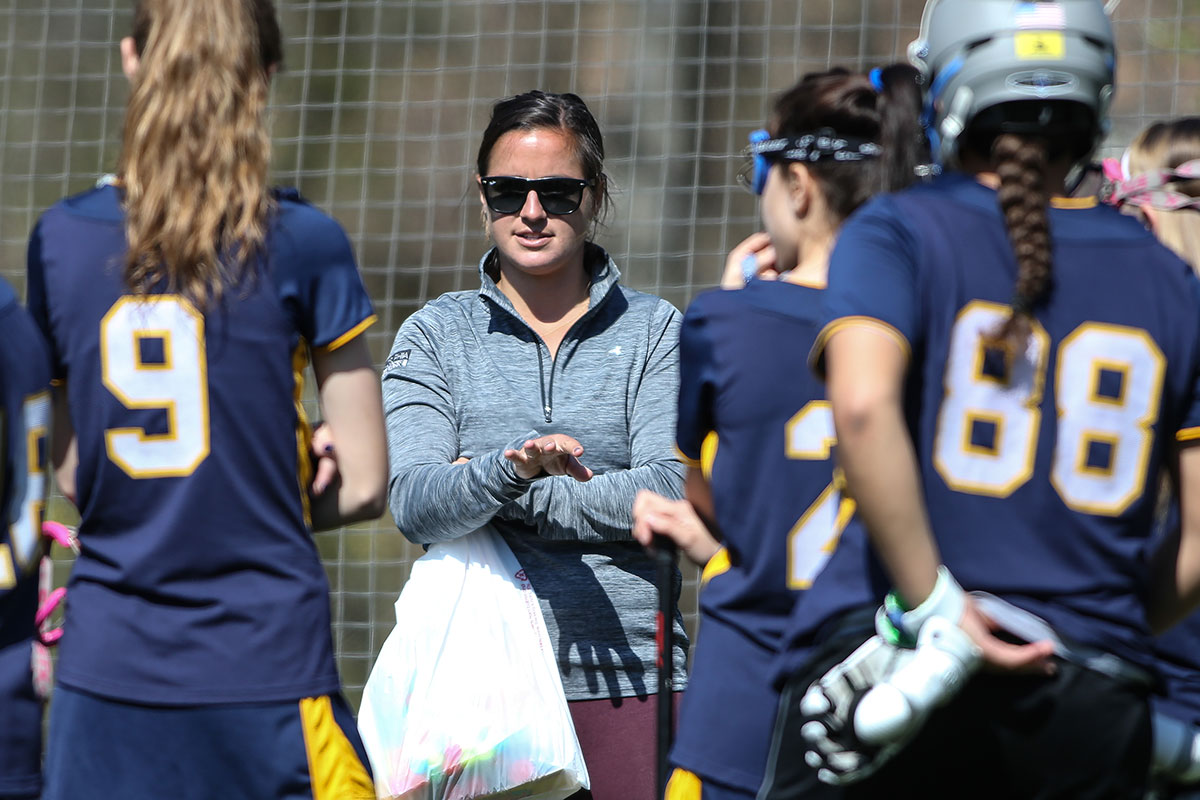 Magarity’s passion project is teaching lacrosse to girls in inner-city neighborhoods where the sport is unfamiliar and opportunities to learn and play are scarce. And she has recruited some of her PC players to the effort.

Throughout the fall, on Wednesdays after school, Magarity and a handful of PC players worked with about 30 girls, grades 5-8, at the Thomas K. Finletter School in the Olney section of Philadelphia. They taught lacrosse knowledge and skills, as well as teamwork and sportsmanship.

Most of the Finletter students had never picked up a lacrosse stick before and often practiced in jeans and khakis instead of athletic wear. But that’s the exact reason it has become such a fulfilling part of Magarity’s life.

“Lacrosse is just a sidebar at this point,” Magarity said. “They aren’t all-stars, and they’re far from learning how to even catch a ball,” she said. “Being able to help them work through problems and see sports become a character builder for them, that’s where the fulfillment comes in. Finding that girl or girls running around with a huge smile on her face who might not get that opportunity otherwise because there’s no parks near the school … we get a lot out of teaching them more than just lacrosse.”

Harlem Lacrosse, a New York City-based nonprofit, has made the work between Finletter, Magarity and Penn Charter possible. Magarity worked with organizations like Harlem Lacrosse in Chicago and Denver, and was eager to continue that work in Philadelphia. She connected with Christine Page, who is now the Harlem Lacrosse program director at Finletter. Page played college lacrosse across the street from PC at Jefferson University (formerly Philadelphia University).

“Harlem Lacrosse wouldn’t be the organization we are today without the help from people like Colleen and partnerships like Penn Charter,” Page said. “She’s energetic and passionate about helping our students and growing the game of lacrosse. Most importantly she’s present in our students’ lives. It sends the message to our kids that people care, and it’s clear she and her players are making an impact. Plus, it’s a lot of fun.

With the lacrosse season in full swing, Magarity plans to hold a Penn Charter practice at Finletter once a week, allowing all of her players to interact with their younger counterparts.

“It has to be every week, because it’s important that they see us and trust us, as opposed to showing up once and never showing our faces again,” Magarity said.

Looking into the Finletter girls’ future, Magarity said “maybe only one or two of them will end up going on to play in high school and beyond.”

But observing the girls here and now leaves her smiling: “We’re starting to see more and more how excited they get when we come.”